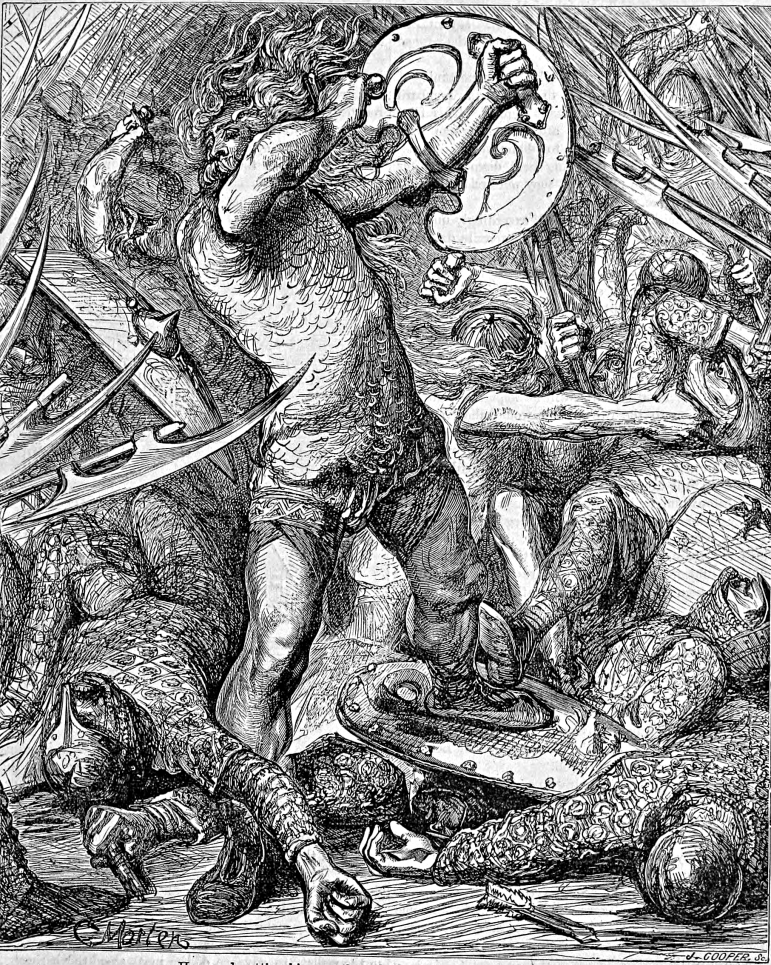 How have I not heard of this guy until well into my twenties? I’d like to think after a history degree and a lifetime’s interest in all things historical, I’d know all the key players in the time periods I was interested in. Apparently not. Que James Wilde, and his desire to bring Hereward to the world.

So it turns out after William the Conqueror invaded England and all that, the English didn’t just lie down meekly and accept their new ruler. There was one famous lad in particular, Hereward of Bourne (aka Hereward the Wake), who mounted an insurgency campaign, and ultimately a pretty sizeable rebellion against the new king. A doomed, noble goal, a flawed hero with daring adventures, tragic betrayals and love interests, why the story was practically written already, so how come no one was writing about it? James Wilde, I think, had a similar idea. It seems he’d come across stories of Hereward growing up and he also wondered why he wasn’t more well known. He was driven so much by it that he wrote a book about him, then several, as his dream took off and more and more people wanted to read about this fascinating man.

That’s not entirely down to the Hereward of history though. To my mind, Wilde is the new Bernard Cornwell but, arguably, even better. He gives you a digestible amount of the politics of the era, a feel for the culture and lifestyle while having a healthy frequency of visceral fights and battles to keep you entertained along the way. But it’s not just the fighting that gives you a sense of excitement. Wilde is a brilliant story teller when it comes to pace and timing. He builds to things perfectly, releases them on you at the exact right time, often as a surprise, and gives you just the right amount of rest before (or while) building the tension once more. I can’t remember the last author I read who was this skilful with his handling of pace. If you want a good book that you can’t put down, definitely give him a shot.

And see, I say a good book that you can’t put down because many writers sacrifice something very important for a fast paced novel that cheapens it greatly, but not Wilde. I’m talking about the common tropes you see in throw away page turners: ending every chapter on a cliff-hanger, creating unnecessary and unbelievable drama just for the sake of it, telling you a series of secrets early on and getting close to but always postponing revealing them; that kind of thing. But Wilde doesn’t do that. He keeps a fairly good relationship with the reader, he’s not trying to trick them into turning the page, but encouraging them to read on because the next page is as interesting and as relevant as the last.

Does he have any flaws then? Of course, don’t we all? I’d say he probably has stretched his Hereward series a bit longer than he had to. Perhaps a flaw from Cornwell coming in there but then again, authors still have to eat and he does a good job of completing each book’s individual story while still progressing the overall plot. His fighting, while entertaining, leaves a bit to be desired for those of us who know how to fight.  He is still a bit too much on the Hollywood/video game end of the spectrum when it comes to depicting fighting, where a brave, angry hero just needs to be pointed at the enemy and simply by unleashing his rage, he can’t help but overcome them. You try that in a real fight. In fact, I can tell you, I’ve sparred with people who have lost control, and it actually made it easier to fight them—they became much more predictable. Nevertheless, saying that, his fight scenes are still original and entertaining to read.

So, if you’re keen to learn about interesting characters from history, or looking for a new author to sink your teeth into, give James Wilde’s Hereward series a go. I certainly learnt a lot and had a great time. And I reckon good authors deserve good feedback, so here we go, spread the word…