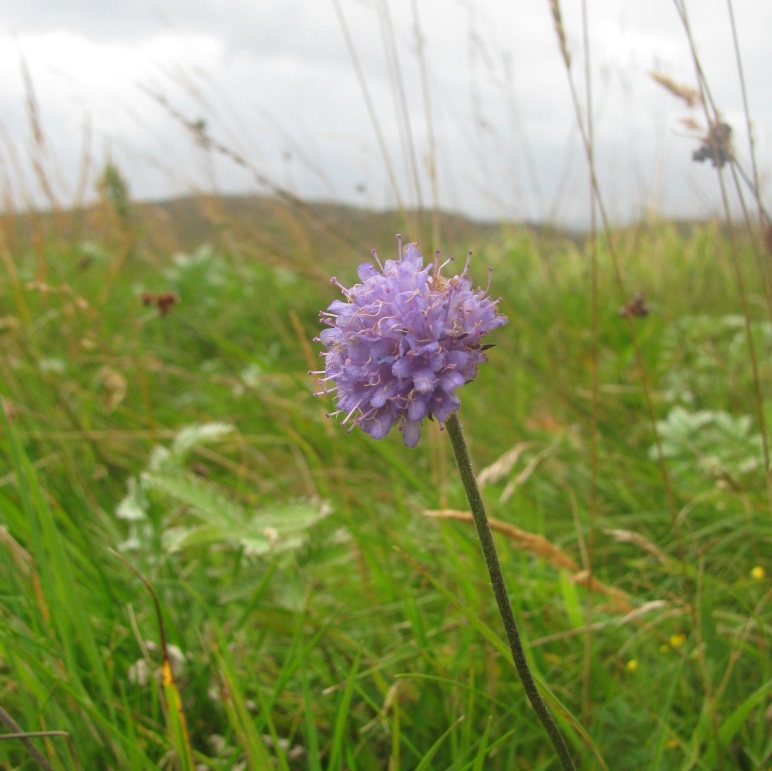 Bit ironic for a title given the name of the song, Gun Dochas, literally means without hope. And yet, there are so many ways you can connect with this song that it’s mind blowing. You can have no Gaelic at all or spend hours appreciating all the twists in a single line. This song will meet you where you’re at and reward you for engaging with such a wonderful language. Considering it’s a modern Gaelic song, not a traditional one, it’s even more encouraging—gun dochas? Nach, dochas gu brath!

Let’s start with the most basic way to connect with a song in a language you don’t understand: just listening to it. I think there’s something really worthwhile in doing this. If you only ever listen to the language(s) you’re fluent in, you can miss the beauty of the sounds of the words themselves. You can be so focused on the meaning of the words that you ignore everything else. And, to me, that’s a real shame. Poetry shouldn’t just play with meaning but with sound as well and if listening to songs in other languages helps you appreciate the sounds of the one you’re writing in, so much the better. So, stop reading for a second and listen to Cruinn’s song Gun Dochas even if you don’t understand a word of it. Then come back and we’ll continue.

How beautiful is it? How haunting? It sounds like a love song doesn’t it? It has that haunting feel to it—that mixture of pleasure and pain; of joy and suffering. It sounds almost delicate yet powerful too. Yes, that’s partly the music but I would argue it’s also the sounds of the language itself—the mix of hard and soft sounds, the rhythm and the interplay of vowels—everything working together to create the same sombre effect. So if you haven’t got time to learn Gaelic in your spare time, at least you can appreciate how it sounds.

Let’s move on a bit though. What are some of the cool poetic things in this song? I’d say the imagery has to be up there. I think my favourite single image this song conjures in your mind comes from the following verse:

It’s this extended image of both of these lovers being out under the starlight and one of them lifts their eyes, not to the stars though, despite their shinning beauty, but solely to their beloved hoping for a kiss. That contrast, juxtaposition if you must use such words, between our expectations of what they’re looking up for and what they do; between the beauty of the stars and the beauty of their lover, gives you the feeling that they’re giving up something marvellous because there’s something even more worthwhile for the taking. Quite powerful, eh?

But it’s got to be bitter-sweet doesn’t it? All loves songs are. It has this hint of sadness running through it. There’s this beautiful way of saying “only” in the Gaelic languages. You basically say “none but…”—let me show you:

Nam faighinn mo mhiann
(If I got my wish)
Cha bhi ach thusa rim thaobh,
(only you’d be by my side)

Cha bhi ach thusa means literally “not (would be) but you.” To me that’s somehow a more beautiful way of saying it; rather than “only you’d be by my side,” “none but you would be by my side,” yeah? More emphatic. More final. Cruinn aren’t the first to have used this—it’s quite common. I think my other favourite usage of it is in the Irish proverb nil aon leigheas ar an ngra ach posadh, but I’ll let you look that one up in your own time. The point is that while they’re saying they want none but their lover at their side, we’ve realised the lover has left them. Ouch. Talk about bitter-sweet. Talk about timeless truths shared through poetry down the ages.

But that’s not all. You could read this song on first listening to it as an ex-lover missing what they once had. That’s certainly how, I would argue, it’s meant to come across at first glance. But there’s something even deeper to it. Something incredibly clever which makes it absolutely amazing. And it all hinges on a single line.

The chorus start’s off rather simple:

Gaol, a ghaoil,
(love, my love)
Robh thu riamh ann an gaol
(were you ever in love)

Now this is obviously playing, as half the love songs out there do, on calling out to love as both the idea of love and the lover themselves. Nice, but not exactly unique. What they do next is incredible.

There’s no simple way to translate this that captures everything. Take for example the start of it: Dh’fhag thu gun anail literally means, left you (/you left) without breath. Now given the previous line asks, were you ever in love, you’re naturally led to think they’ve left out the “that” (gu) for the sake of poetry but it’s implicitly meant to be there. You naturally want to read it as, were you ever in love (that) left you breathless? But it keeps going, ‘s means “and” so we’re expecting some kind of pairing, you know something like, love that left you breathless and so happy all you could think about was them. But it says ‘s thug solas bho d’shaoghal, and took light from your world. What? Why did it take such a dark turn? Love leaving you breathless could be a good thing… but taking the light from your world doesn’t sound so good. Maybe it’s meant to be saying that they became the light of your world? No, it really isn’t. You kind of want to make it feel that way but the more of the chorus you read, the more you realise, it means what it says:

Gaol gun dochas gun fhreagairt,
(love without hope, without an answer)
Gun dochas ‘son sith,
(without hope or peace)
An gaol eadar thusa is mi.
(the love between you and me)

Fine then. It seems to be saying in the second half you took the light from your world? Why not from my world? That’s something else we’d expect. Sad, lonely poet writing a song about how their lover left them, surely it’s the poet who lost the light from their world? Perhaps it is but perhaps they’re also saying, rather literally, I was the light of your world, I know you’ll be worse off without me. Maybe they’re saying you’ll end up regretting having left. Either way though we have a play upon the ambiguity of leaving out this connective “that” (gu) which lets you read into the one line both a reminder of how powerful their love was, and also the pain and, importantly, bitterness at it being taken away. Once you read (or listen to) the chorus multiple times having digested this, it doesn’t sound as harmless, doesn’t sound like someone just mourning the loss of their lover; it sounds very accusatory and full of anger. This is why when the song ends on repeating the chorus twice, it’s hardly a surprise that it adds a final line the second time:

It’s almost as if they needed to pluck up the courage to actually admit the other person never truly loved them anyway, and that they, upon realising that, are losing their love for them as they figure it out by singing this song. That’s my take on it anyway.

Wow. Such beauty. Such wonder we can elicit from a language few have heard of and fewer still speak. If modern Gaidhlig speakers can create stuff as powerful as that then I reckon it’s by no means dead yet. And if an Aussie half the world away can be inspired so much as to write a blog post about it, then maybe it’s not dying, but beginning to thrive once more.